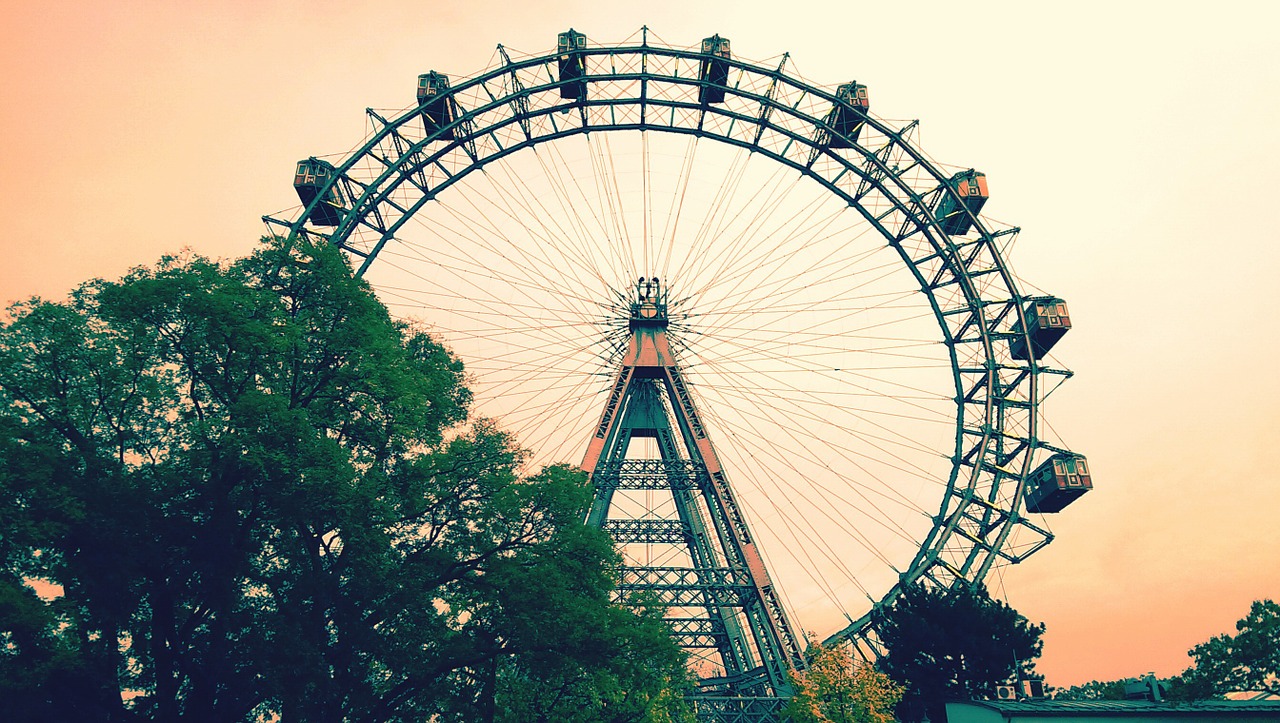 The Best Attractions in Vienna

Austria’s capital (and largest city), Vienna, is one of the cultural capitals of Europe and has been voted “Most Liveable City” by the Mercer Study numerous times in a row.

The city, the former capital of the Austro-Hungarian Empire, lies on the banks of the river Danube and has a stunning, complex and truly fascinating history. Vienna is famous for its art, architecture and culture as well.

For anyone with an interest in history, culture, fine arts, or architecture, Vienna is a great place to visit. And it is a very attractive destination for families, students, lovers on a romantic getaway, or anyone who loves to spend time in a truly amazing city.

Vienna has a continental climate, which means long, warm summers and cold winters, and is on par with many other European cities price-wise.

Visitors enjoy Vienna for many reasons, but its historic places, stunning buildings and cultural offerings are the attractions tourists cite as being the things they loved the most. Here are some of the places and things any visitor should have on their to-do-and-see-in-Vienna list:

Schönbrunn Palace is a stunning late Baroque-style imperial residence and one of the most significant cultural and historical landmarks in Austria.

With a stunning number of 1441 rooms, it was the summer residence of the Habsburg monarchs and their court. Having been built, added-to, changed, re-done and renovated over a period of nearly 300 years, the palace itself and its vast gardens and walkways reflect the changing tastes, interests, and aspirations of successive Habsburg monarchs.

Schönbrunn Palace, as well as the famous Orangerie, Palm House and Zoo Vienna located within the vast parkland surrounding the palace are among most visited sites in the city, and, indeed, the whole country.

Dating back as far as an earlier parish church consecrated in 1147, the immense romanesque and gothic St. Stephen’s Cathedral (German: Stephansdom) in the heart of Vienna is one of its most visited sights, not least because some of the best shopping streets of Vienna are located just a stone’s throw away from the church.

The cathedral is the largest church in Austria, the seat of the Archbishop of Vienna, and looks back on a long, interesting history (more details about the church here). St. Stephen’s Cathedral boasts a 136,7 metres/448 foot high spire, and elaborately patterned (and easily recognisable) coloured roof, as well as an extravagant interior complete with 18 altars and several chapels, as befits a building of its size and influence. The cathedral is also home to many a fine work of art, some of them dating back as far as the 15th century.

Vienna certainly has no shortage of stunning places, and the Hofburg is no exception there. It was the principal imperial residence of the Habsburg dynasty and today serves as the official residence and workplace of the President of Austria. This is in line with history as the Hofburg has been the documented seat of government since 1279.

The Hofburg is located near the city centre and grew around what originally used to be a medieval castle. Over the centuries it has been expanded to include various (imperial) residences (e.g. Amalienburg and the Albertina), the imperial chapel (German: Hofkapelle or Burgkapelle, the oldest part of the Hofburg which actually used to be part of the medieval castle), the imperial library (these days Austria’s National Library – German: Nationalbibliothek), the treasury (German: Schatzkammer), the Burgtheater (the Imperial Court Theatre, still in use), the Spanish Riding School (the home of the famous Lippizaner horses- German: Spanische Hofreitschule), as well as the imperial mews (both Stallburg and Hofstallungen), and served as the imperial winter residence (in contrast to Schönbrunn Palace, the summer residence).

The Hofburg is not only interesting because of its varied architecture that incorporates many styles, but also because it houses the Sisi Museum, the Imperial Apartments, as well as the Habsburg’s Silver Collection alongside the other sites mentioned above.

Vienna has a lot to offer when it comes to art galleries and museums. One of the most impressive amongst them is the Kunsthistorisches Museum, the Museum of Art History.

The museum is housed in a palatial building right across its twin, the Naturhistorisches Museum (the Natural History Museum), both of which have been built between 1871 and 1891 after being commissioned by Emperor Franz Joseph I of Austria-Hungary as suitable shelters for the Habsburg’s formidable arts and natural history objects collections. In a very modern manner, the intention of the museum has always been to make the collections accessible for the public.

The museum itself is rectangular, has a sandstone facade, is topped with a 60 metres high dome, and its interior is lavishly decorated with marble, stucco ornamentations, gold-leaf, and (quite fittingly) paintings.

The museum’s collections are organised in various sections, for example there are Egyptian and Near Eastern collections, a section of Roman and Greek antiquities, sculptures and decorative arts, the stunning painting gallery, and a coin collection.

Originally called the Vienna Court Opera (German: Wiener Hofoper), it has been renamed to Vienna State Opera in 1920 when the First Austrian Republic replaced the Habsburg Monarchy. The State Opera has been home of critically acclaimed performances ever since it first opened in 1869.

The Opera is located near the city centre on the Ringstrasse and is much beloved by the Viennese, even though the public, at first, very much took against the building after its completion. For example, there were quite a few complaints that the house wasn’t nearly as impressive as a nearby private residence. As this comparative example was destroyed during WWII, it is hard to tell if the complaints were indeed true, or just an example of the legendary Viennese grumpiness and initial dislike of anything new. What can be said, however, that the opera is an imposing, very impressive building is impressive and has stunning vaulted ceilings, superbly decorated boxes, and an ornate marble staircase in front of the main entrance, which people from all over the world can marvel at during the broadcast of the annual Viennese Opera Ball (or, for a more contemporary audience, in Mission Impossible: Rouge Nation).

Best of Vienna in One Day

Thanks to its rich, long, and fascinating history Vienna offers an immense variety of places and sights to be discovered. The best thing to do, then, is to plan in plenty of time to see all the gorgeous places this city has to offer, as well as enjoy as much of its culinary and cultural highlights as possible.

We do know, however, that often visitors do not have the time to leisurely discover the city in all its glory, but need to cram as many sights into as short a time as possible. For those guests, we highly suggest to embark on the following walking tour through the heart of the city, that passes a lot of Vienna’s major sights:

Leaving the subway (U2) at Schottentor station, you find yourself on a large open space. Across the park, you can see your fist sight, the Votivkirche. Following the Ringstrasse, the beautiful ring road circling the 1st district, the Innere Stadt, against traffic, you pass by the University and reach the Rathausplatz, the square dominated by the City Hall (German: Rathaus) (both on your right side). Cross the street to the Burgtheater (the Imperial Court Theatre and walk on, entering the Volksgarten, the park next to the theatre. As you walk through it, you may get a glimpse of the Parliament which is located back across the Ring. Continue through the park and marvel at the Heldenplatz that opens up in front of the Hofburg, the Imperial Castle. Looking straight ahead, you can see the wing that houses the National Library, when you turn right and look across the Ring, you can see the Maria Theresien Platz framed either side by the two national museums, the Kunsthistorische Museum (Art History Museum) and the Naturhistorische Museum (Natural History Museum).

Turning to the left now, you start walking through the Hofburg towards the
Michaelerplatz with its remnants of the Roman dwelling Vindobona. Once you are in front of the dig site, turn right and walk past the Imperial Stables and continue on until you reach the Albertina museum. Have a wander around the State Opera across the street, have a look at the famous Hotel Sacher (and maybe a stop for the renowned Sachertorte) and stroll along the pedestrianised shopping street Kärntnerstraße until you find yourself in front of the Stephansdom (St. Stephen’s Cathedral) – the very heart of the city. From here, you can get back onto the subway (line U1 and U3), or continue your stroll through the city.