One of the great traditional balls in the Hofburg, Vienna’s Imperial Palace, is certainly one of the most impressive things you can experience in the city during carnival season. The unique atmosphere of this historical palace provides a spectacular setting for a truly magical night.

Waltzing in Vienna – A Report

The following is the account of a participant attending the Vienna Philharmonic Ball.

The evening was not unlike so many others I had experienced before. I had danced the Viennese Waltz at galas and balls too often to count. And yet, there was a chill running down my spine as, one by one, an ever growing chorus of voices joined in humming and singing along to the melody of Franz Lehar’s waltz from The Merry Widow.

So, this was what attending a ball in Vienna made the experience so unique. So unforgettable.

I found myself at the Vienna Philharmonic Ball, surrounded by hundreds of couples dressed in white tie and evening gown, turning and flowing across the polished parquet of the stunningly decorated, elegant ballroom.

For many people, a Viennese ball is synonymous with the beauty and grace of the 19th century. And if you have every been to one of these dances, you will undoubtedly understand why. Sweeping across the dance floor at 58 to 60 revolutions per minute, sweeping skirts flicking around your legs, you cannot help but feel as if you were transported back to an era where romance ruled the world and moved the heavens.

I have attended several Viennese-style balls in the States, but never before had I experienced “the real deal”. This year, I had timed my sabbatical in a way that saw me staying in London, only a short flight away from Vienna, during the ball season, which runs from early November (though typically the balls only really kick off after New Years) to the night before the first day of Lent.

I had made arrangements with interested members of the Johann Strauss Society of Great Britain as well as with Classical Partners. Dance lessons, where we all learned how to waltz, polka, and galop, took place in London over three consecutive weekends, and soon after a group of more than 20 people converged at balls in Vienna.

Every winter, there are hundreds of balls in Vienna. They are held by almost every conceivable trade or social organisation, such as florists, lawyers, coffeehouses, engineering students, or military officers. For most of these balls, tickets are available to the general public and quite often, the majority of attendees is in no way associated with the hosting body.

Major balls are held in historic and therefore visually spectacular places like the Hofburg (Imperial Palace) or the Rathaus (City Hall). And it should not come as a surprise that all balls, but these in particular, are incredibly elegant events with white tie dress code.

One of those balls, and as I have mentioned before, the one I, alongside several members of our Viennese waltz loving group, attended was the Vienna Philharmonic Ball.

The Philharmonic Ball is one of the most elegant balls in Vienna and takes place at the Wiener Musikverein, the home of the famous New Years Day concert.

An unlimited number of tickets were on sale until the afternoon of the ball (prices of around €100), and I was later told that more than 3.000 other guests were in attendance alongside our group that evening.

Seating was removed from the main floor in order to create the dance floor, and both balconies and boxes were adorned with hundreds of thousands of flowers.

Acting on a helpful insider’s tip, we arrived early in order to secure good spots to watch the opening ceremonies. As it turned out, there wasn’t (and really never is) enough seating and standing room along the edges of the dance floor and on the balconies to accommodate all guests during the opening.

As is traditional, the time-honoured ceremony began with a fanfare, especially composed for this ball by Richard Strauss in 1921. It then was followed by a lovely performance of the Valse movement from Hector Berlitz’ Symphonie Fantastique played by the hosts, the Vienna Philharmonic Orchestra. This, then, was followed by the Cotillion, a superbly elegant and wonderfully choreographed polonaise performed by over one hundred selected young dancers (the debutants), and the traditional waltz Winer Blut. The traditional invitation “Alles Walzer!” (“Everyone, waltz!”) concluded the opening ceremonies.

This proclamation may actually be the most ironic summons to dance ever used. The thousands of attendees took to the dance floor in one fluid movement. But, as is so often the case, the motion very quickly solidified into one densely packed mass, unable to move more than a few centimetres/inches to either side on the overcrowded dance floor. Nobody, except those lucky couples at the very fringes, could even attempt to waltz in those first minutes.

Music for the remainder of the evening was provided by an excellent dance orchestra, which alternated sets with an equally wonderful dance band. This ensured a good mixture of classic and pop music, vibrant waltzes, modern ballroom, and swing tunes. Unfortunately for us, who had mainly come to waltz, however, the floor remained too crowded to attempt more than a few turns at one time for most of the night. And if one actually managed to waltz, the feeling was not unlike crawling down the M25 at a whopping speed of 2mph – in a Lamborghini.

At midnight and 2 a.m. the whole house, once again, crowded together on the dance floor. It was time for the Fledermaus Quadrille, a special event and honoured tradition at every ball. The quadrille is danced with couples lined up (literally) in long columns spanning the whole room, facing each other. The six “tours” of the quadrille are danced to different tunes from the name-giving operetta Die Fledermaus”. Each tour consists of a set of motions, called out in German, but (mostly) bearing French names such as “Tour de Mains” (basically turning around your partner with your right hands touching in the centre). The sixth tour is the most (in)famous one and is repeated again and again at ever quickening speed until the whole dance floor descends into chaos and hilarity. And to make matters even more confusing, many couples break lines in the breaks between tours and madly dash up and down the lines in a galop. This truly is something to be seen – and experienced.

By the way – not knowing what you are doing is half the fun in this case! While I was waiting in line at the box office to buy tickets for the ball I had asked a nice young Viennese lady waiting with me if she could recommend somewhere we could go and learn the basics of the quadrille. She told me not to worry as many of the participants actually didn’t know the steps and just being there, doing our best, was the way to have the full fun experience. Later, when we lined up for the quadrille, we made a point of standing across a couple who had been part of the opening ceremony (those young dancers are easy to spot as the girls wear stunning white dresses), and -we assumed- were quadrille experts. It was a good choice, as we were able to at least copy some of the steps.

After the last quadrille, way past two in the morning, the crowd didn’t show any signs of abating. We stuck around until the early hours, hoping that the sea of dancers would thin out enough for us to at least have one or two of the Viennese waltzes we had travelled to the city for, but, as it turned out, the Viennese are a sturdy folk. There was not the slightest hint of the crowd breaking up right until the moment when, at 5 a.m. the big chandeliers were dimmed as a sign that the party was now, finally, over.

And finally, we danced our last, slow waltz in the near darkness of the most spectacular ballroom I have ever seen.

Special thanks for this section go to: Nelson Bridwell from “vienneseball.org“. Visit his website for additional information on traditional balls and waltzing in Vienna! 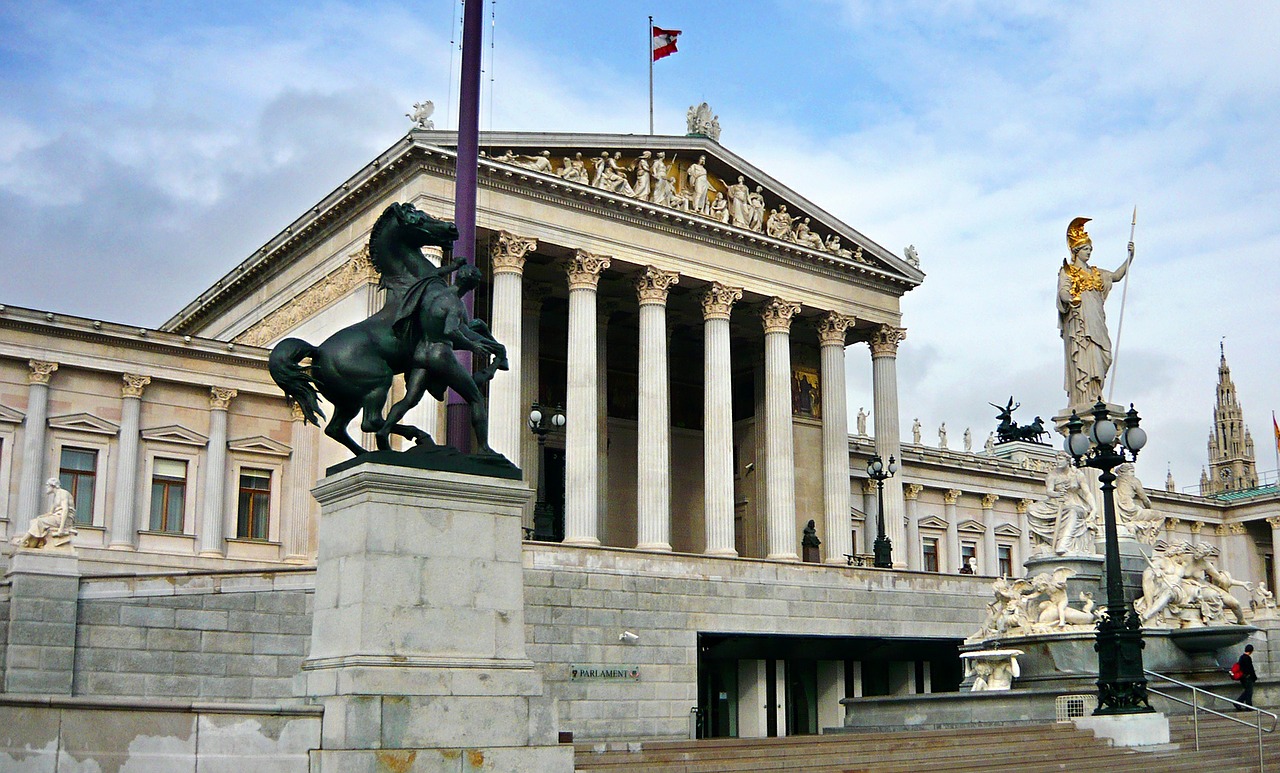