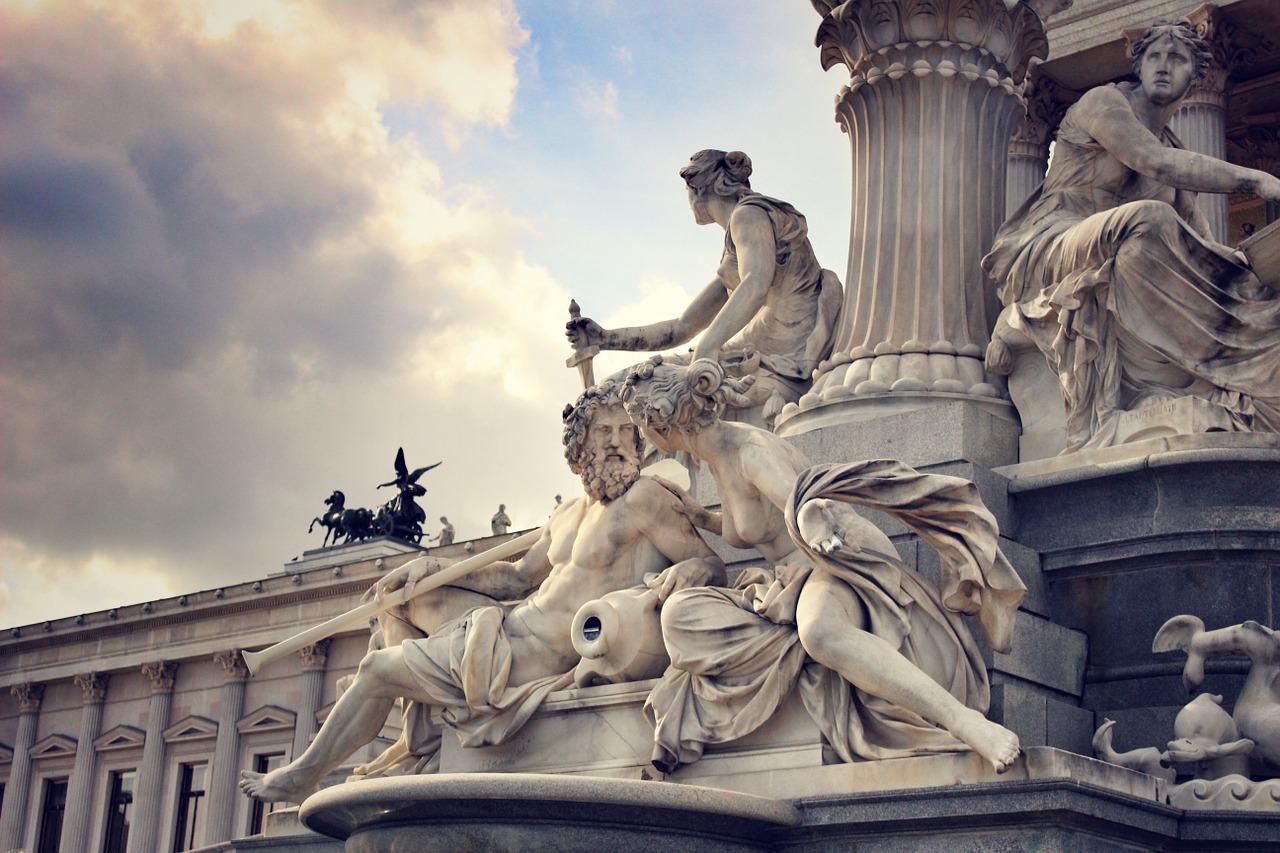 The History of Vienna

May we take you back in time for a moment, leaving present-day Vienna and going back to Habsburg and Babenberg times, or even further back to ancient times, when the Romans founded their Vindobona…

Archaeological artefacts found in and around the city are evidence of the area having already been populated during Neolithic times (the most famous sculpture is the Venus von Willendorf that dates back to 25000 BC). Favourable climate and fertile soil as well as the near Danube river supported these settlements.

A fortified Celtic settlement at the premises of present-day Vienna wasfounded around 500 BC and was known as Vedunia. Around 15 BC Vienna came under Roman dominance and was from then on known as Vindobona and dedicated as military camp with an associated civilian town to guard the external borders of the Roman Empire against tribes settling north of the Danube. In 180 BC the Roman emperor Marcus Aurelius died in the city during a military campaign.

After the Romans had been driven out during the Barbarian invasions in the 5th century, the Langobards seized control of the region, followed by the Slavs and Avars, who in turn were kicked out by the Magyars a couple of decades later.

The Magyars were defeated by the Emperor Otto I, the Great, after which the Babenberg dynasty made Vienna their residence within the margraviate Ostarrichi around 1146. The country prospered and was made a duchy in 1156 (Privilegium Minus). In these times the Schottenstift – which is still around these days – was founded.

After the death of Friedrich II, the last Babenberg heir in 1246, the country was seized by the Bohemian king Ottokar II. Premysl, who alienated the German nobility with this move. Rudolf I was elected king and defeated Ottokar in the battle of the Marchfeld in 1278, one of the largest knight battles during the Middle Ages, which allowed him to take control over the Austrian lands and established an age-long reign of the Habsburg dynasty.

Rise of the Habsburgs

Developing in peaceful times under the Habsburg rule, the city gains reputation with the foundation of the Vienna University (later: Alma Mater Rudolphina) in 1365 by Rudolf IV., which makes it one of the oldest universities in Europe. Vienna eventually became capital of the Austro-Hungarian Empire in 1556 after the Habsburgs had gained Hungary and Bohemia.

In 1529, Ottoman forces under Suleiman I. the Magnificent laid siege on Vienna, but the attempt to seize the city was thwarted by the outnumbered defenders. In 1683 the City was besieged once again by a large army led by Kara Mustafa. After two months a Polish relief army under Jan III Sobieski was able to defeat the Ottomans decisively in the Battle of Vienna.

During the following decades, the Ottoman Empire was pushed back far to the Balcans, thus allowing Vienna to prosper in peace. Substantial building projects were carried out by famous architects such as Fischer von Erlach and Lukas von Hildebrandt. After overcoming extensive visitations of the plague in 1679 and 1713, the city quickly grew to about 200.000 inhabitants by 1790.

Vienna was twice seized by Napoleon, first in 1805 without a battle and then in 1809 after a fierce bombing. Shortly after that, the Austrians won the battle of Aspern, but lost at Wagram soon after. After Napoleon’s final defeat at Leipzig, the Congress of Vienna (Sep 1814 till Jun 1815) restored the balance of power in Europe.

Ignited by the French February Revolution, the Austrian citizens pushed for political power in the March Revolution, which forced the “hardliner” chancellor Metternich to resign. The following October Revolution in Vienna was crushed by the Emperors armies. Following these events, the Arsenal was erected as defensive barracks against possible uprisings.

Shortly after the revolution, the now obsolete fortifications weredemolished and in their place the Ringstraßeboulevard was created, featuring a number of monumental buildings. The Danube river was regulated and the Donaukanal constructed. By the turn of the century, the population – consisting of many new immigrants from all parts of the monarchy as well – exceeded 2 millions (Vienna being the 4th biggest city worldwide at that time!).

The assassination of Archduke Franz Ferdinand, heir to the Austro-Hungarian throne, sparked off war in 1914 mainly between the Entente Powers France, UK and Russia versus the Central Powers Germany, Austria-Hungary and the Ottoman Empire. Finally, the defeat of 1918 was also the end of the Austro-Hungarian Empire, which dissolved into many parts.

After the war, the Republik Österreich was proclaimed, consisting of what formerly had been the Austro-Hungarian Empire. The difficult economic situation caused political polarisation, which finally led to civil war in 1934. Shortly after, an authoritarian regime (Ständestaat) was established and prevailed without parliamentary approval for the next years.

With the invasion of the German army and annexation (“Anschluß”) by Nazi Germany the state of Austria ceased to exist in March 1938. At first not directly affected by the war started in 1939, the city was bombed by Allied aircraft as of 1943, which led to the construction of large flak towers (anti-aircraft gun blockhouses, still existing). These bombings and the fights prior to the Soviet conquest in 1945 caused heavy destruction within the city.

Vienna was divided into occupation zones by the Soviet Union, the USA, the UK and France in 1945. The first free elections were held and reconstruction of the city began. Economy picked up thanks to the Marshal plan. Finally the country was given full sovereignty with the Austrian State Treaty (Staatsvertrag) in May 1955.

From then on, prosperous times started for the city. Just a few highlights: during the 1970s, Vienna became seat of the United Nations, in the 1980s the first underground was inaugurated and the Donauinsel was built as part of an effective flood protection system serving as recreation area as well.