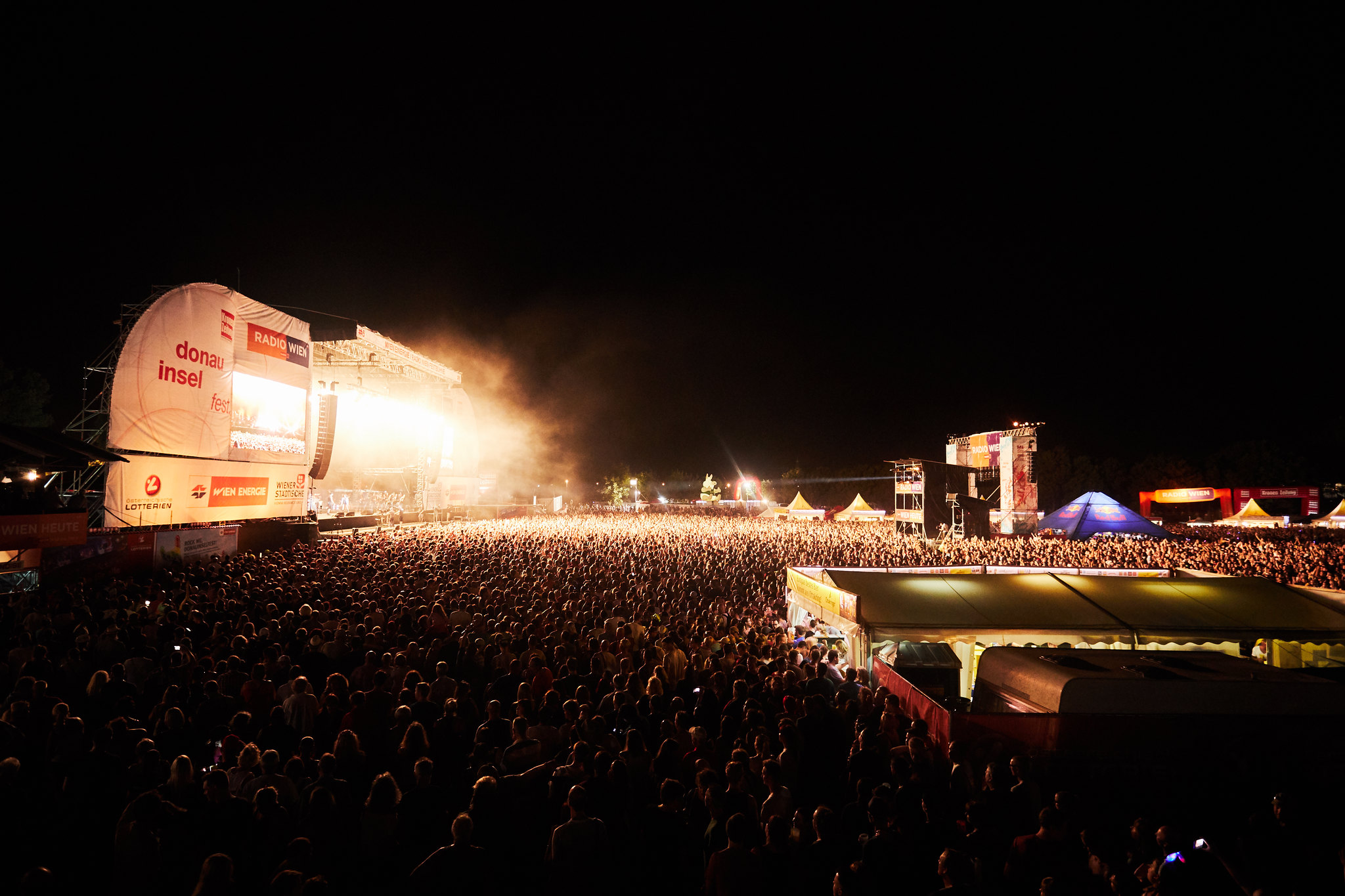 Due to the Corona pandemic, this year’s Donauinselfest will be taking place in a never-seen-before way between July 1st and September 20, 2020!

Starting from July 1st, a mobile stage will be touring Vienna’s districts, giving 100 Austrian artists the chance to showcase their performances in roughly 240 gigs all throughout the city. These pop-up gigs will take place over the course of 80 days and will help to introduce national acts to a wide and diverse audience.

On September 19 and 20th, the last weekend of the “festival”, there will be a down-scaled version of the “big” Donauinselfest taking place at its original location, the danube island. Due to restrictions, these gigs will take place in front of an audience of 1.250 people each day, with the lucky attendees being chosen via raffles throuout the summer months.

As with so many other things, the pandemic re-shapes and re-invents the ways the legendary Donauinselfest will be able to take place this year. If you are curious to know that the usual “normal” looks like, here’s a run-down:

Each June the Donauinsel, Vienna’s artificial island in the Danube, becomes the site of Europe’s biggest open air festival. Performances by both national and international artists are staged in a 4.5 km long area. The program offers about 600 hours of entertainment on 10 stages and 18 tents. For free!

Since its first establishment in 1984, the festival has steadily grown in popularity and annually welcomes around 3 million guests. Performances include (Austro-) pop and rock, alternative and indie, punk and “Volksmusik”, hip-hop, and oldies. And there’s cabaret, sports, as well as a (small) amusement park.

And, of course, no Viennese festival would be possible without a big selection of hefty and sweet foods, sodas, beer, and whatever else your tastebuds might desire on a three-day-concert-binge.

Further information as well as the line-up (online from the middle of May) can be found on the official website. (If you are somewhat proficient in German, we suggest switching languages as the page is more in depth that way.)